We are the Cotroneo family, Gino, Frank and Robert. We have been custom building homes in Winnipeg and surrounding area since 1968. We are committed to quality, value & service, and look forward to building your family’s home. 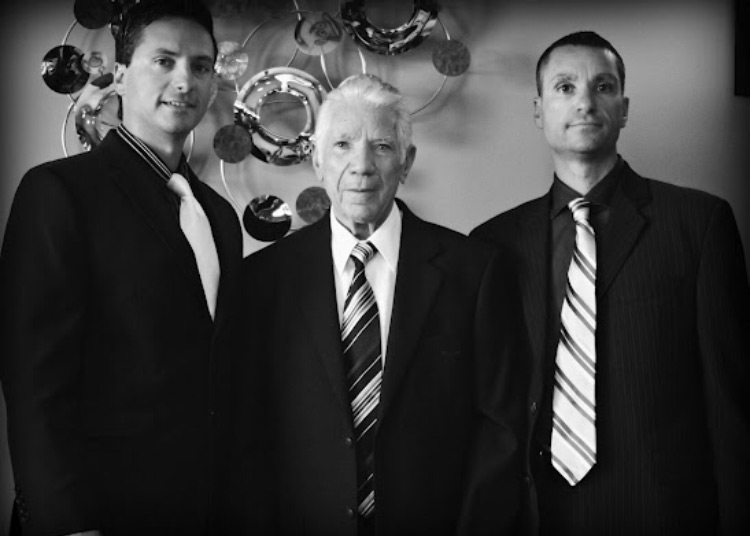 Giorgio Cotroneo was born in San Roberto, Italy in 1931. As a boy he began working for the “town builder”. Gino, as he was known by his family and friends, learned quickly and soon became skilled in all aspects of quality home building. As a young man he attained the status of a “Master Builder”. His hard work and adherence to high quality and integrity resulted in a very successful business.

When Gino’s school sweetheart and her family immigrated to Canada, Gino soon followed thinking that after marrying they would return to Italy and he would resume his business as the town’s “Master Builder”. But a recognition of the land of opportunity soon had Gino applying his skills in his new hometown of Winnipeg.

He started building homes here in 1968 and has never looked back. At first Gino built just a handful of homes for friends and family. As word spread about the quality and value Gino was known for, his skills became more and more in demand. During these years Gino taught his sons, Frank and Robert, the old world craftsmanship that he had learned. As young men, Frank and Robert joined with their father and sticking strictly to his principles have taken Gino’s Homes to where it is today with projections of between 50 and 75 new home starts this year.

The Cotroneos strongly reject any notion of turning their family business into a corporate assembly line. They remain true “custom” builders and as Gino’s sons both say, “Quality workmanship, integrity, and value never go out of style”.

The satisfaction experienced by Gino’s customers both during the building process and with the finished product has naturally led to the family’s motto “RELAX…IT’S BUILT BY GINO’S HOMES”.

As you may have read in the Gino’s Story above, we have been custom building homes in Winnipeg and surrounding area since 1968. any builders call themselves “custom builders” Gino’s Homes remain True “custom builders”. And what does that mean? It means that if you can conceive it we will construct it. Your plan or ours, with or without modifications, or we will custom design a plan that suits your family’s needs perfectly. We will build on our lot or yours, in town or out of town.

Our extensive library of building plans is ever evolving to keep us at the leading edge of design & our customers demands. From the traditional to open great room designs, from bungalows, two storeys, cabovers, or bi-levels, Gino’s builds them all. From big to small, simple to elaborate, at Gino’s you get what you want. The only thing that we won’t change is our high quality… and that’s a promise.

Stay In Touch For Updates

Be the First to Know About New Showhomes and Lot Releases